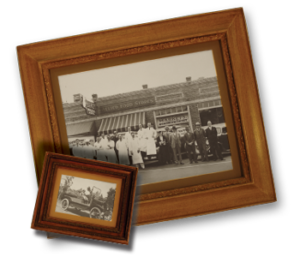 When Charles Kuhlken founded Central Meat Company in 1912 he was proud of his butcher shop and vowed to always give his customers the highest quality products at the fairest prices. He also gave the one–on–one service he felt each and every customer deserved.

It’s no wonder that soon after its modest beginnings as a butcher shop, Central Meat grew into a successful chain of retail shops. BY 1929 the company had a whole new direction – It became the newest wholesaler in town servicing San Diego restaurants.

In 1937 Ed Kuhlken succeeded his father as president with the goal of making Central Meat the leading wholesaler of quality beef in San Diego. To that end he expanded the company plant and incorporated the newest technological advances. Central was the first company in San Diego to offer vacuum packaging and temperature controlled processing.

After years of steady growth, Ed’s son Bob joined the company in 1965. Bob expanded Central’s line of products by offering the finest Eastern Beef, steak cutting and frozen shellfish along with other center–of–the–plate products. Under Bob’s leadership the company increased business by 500%. In 1976 he became the third generation family owner of Central Meat.

Bob’s son, John, has since joined Central with new hopes and dreams for making the company and all it’s customers the best they can be. And, you can also know that he and the company will keep Charles Kuhlken’s original vision in mind. Give your customers the highest quality products at the fairest prices with the best service you can provide.